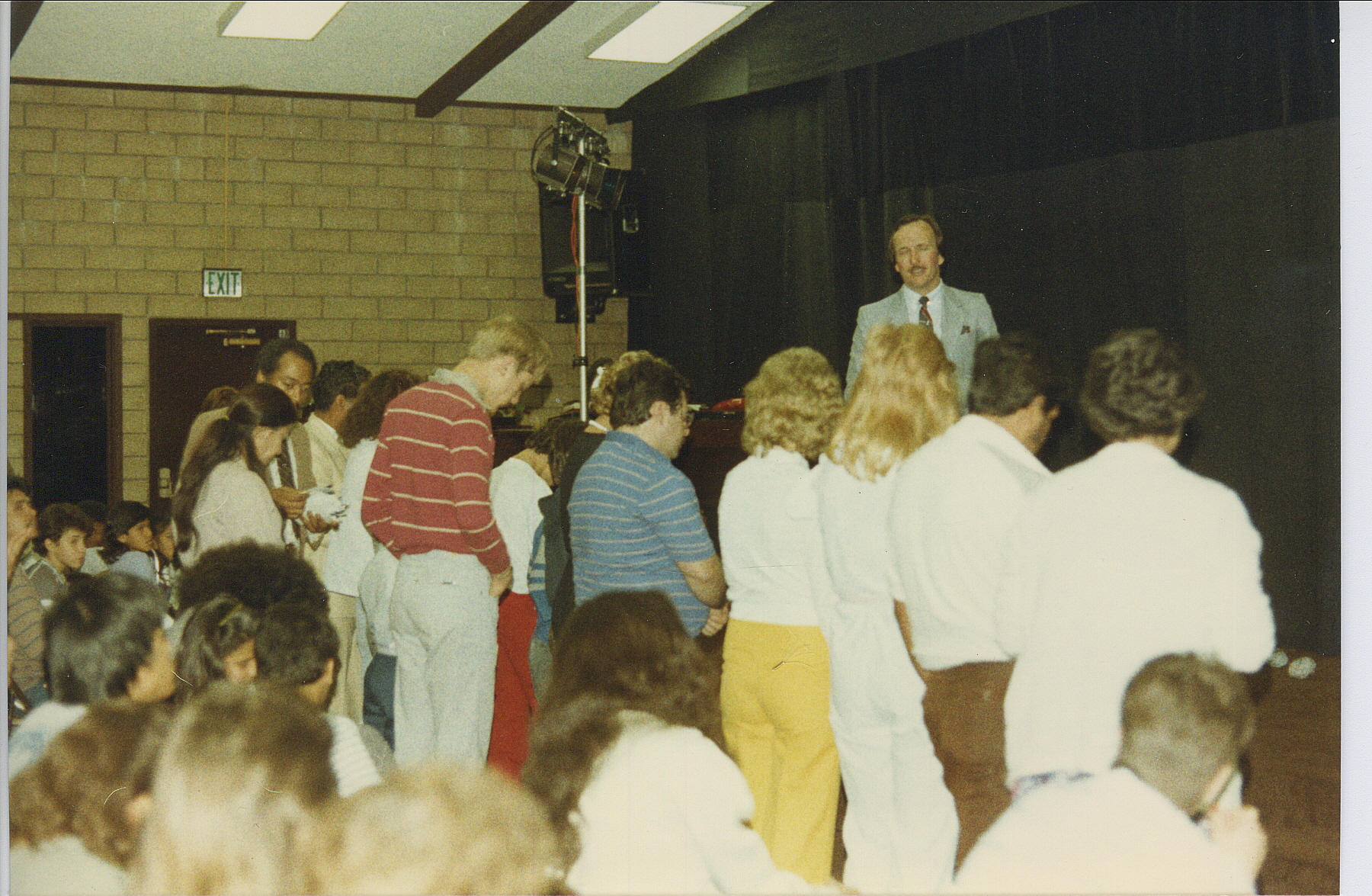 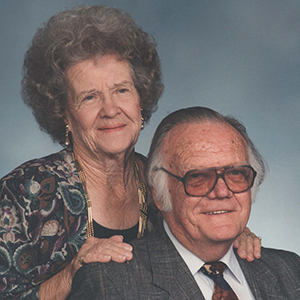 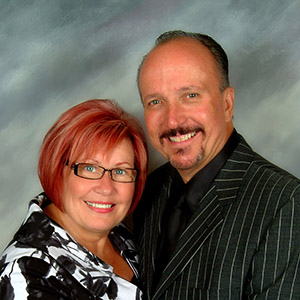 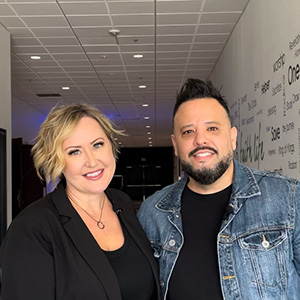 In 1969 in Riverside, California Jack Willoughby and his wife Mildred, who at the time were traveling evangelists, agreed to assist a local minister in planting a church. Unbeknownst to them at the time, God would actually call Jack to remain and lead the church he helped plant. Echos of Faith was established and began to grow in its small commercial building in Riverside. Realizing that a large portion of its congregants were living in the Ontario area, Jack and Mildred began to pray about relocating. In 1971 along with help from their congregation, they were able to purchase a building at 227 W. Main Street near Downtown Ontario.

With the growth of the church the new building was soon maxed out and the church began looking for their next home. In 1978 Pastors Jack and Mildred purchased land on the corner of Central and Phillips in Ontario and began to set plans in place to build a new larger facility. In the Winter of 1979 the congregation moved to their new home on Central Avenue. Not long after in the Summer of 1980 Pastor Jack approached his son Jim who at the time was traveling, with his wife Ireta and their infant daughter Vielka, throughout the Western United States as an evangelist about taking over the ministry. Pastor Jack believed God had spoken to him in prayer that Jim and Ireta were to be the next Pastors of Echos of Faith.

On September 27, 1981 Pastor Jim along with his wife Ireta became the Senior Pastors of Echos of Faith. As Pastor Jim preached, his wife Ireta developed the Worship department. Under their leadership the church grew. They began recording worship albums, hosting conferences and putting on large community events. Many things were accomplished and thousands of people found Christ through church services, Easter productions, 4th of July Fireworks shows and other special events.

In 2015 the Lord spoke that it was time once again to relocate. With 70% of the existing congregation living along the I-15 corridor they began looking in the Eastvale area. While looking for a place, Pastor Jim received a phone call from Pastor Hank Kunneman in Omaha Nebraska asking about a building he was looking at. He began to describe in detail the very building we are now in. He also spoke to Pastor Jim about a name change. On Sunday February 14, 2006 we held our first service in our new building as Faith Life Center.

On March 5, 2016 Pastor Ireta graduated from this life. Over the nearly 35 years of Pastoring, Ireta filled many roles in the church. From being the Music Director to leading worship to directing the choir, she put her stamp on this ministry. She also directed the Women’s Ministry for many years. After several years Ireta began to minister on Sunday mornings and really found her niche. Her knowledge of the word as well as her truthful transparency made her very popular amongst the congregation as well as conferences where she would speak. Through all of this she really developed a heart and desire for prayer. Prayer was something that was at the center of her heart. (Of course her three grandkids would later take up a big part of that space!) Today we have a prayer wall in the main hallway of Faith Life dedicated to her legacy. She never met a stranger and would share her faith with people everywhere she went. There have been hundreds of people who have commented on how she touched their lives over the years.

In September of 2021 Pastor Jim celebrated his 40th Pastoral anniversary. Shortly after, God began to speak to him about the future of Faith life as well as his personal ministry. God reminded him of his apostolic anointing, and began to develop a desire to mentor and pastor other Pastors to help them fulfill their calling and destiny. The Lord began to speak not only to Pastor Jim, but also through other Pastors and Ministers regarding who the next Pastors of Faith Life would be. Just as God had called Jim and Ireta to take over from Jack and Mildred, Jim’s Father and Mother, God was calling Roland and Vielka to take over the Pastorate from her Father.

In July 2022, Roland and Vielka Arreola became the new lead Pastors of Faith Life Church. They have faithfully served this church for over 18 years as Youth and Kids Pastors, Executive Pastors and overseers of all special events. They have raised their 2 children, Savannah and Talan, in Faith Life and truly have a heart for the people and the surrounding community.

Their message of Faith and Grace along with the power of the Holy Spirit is what will propel the vision, “Leading Ordinary people into extraordinary lives”, forward. They believe Faith Life Church is poised to grow as they continue to declare and demonstrate the good news and transformative power of Jesus to the world!